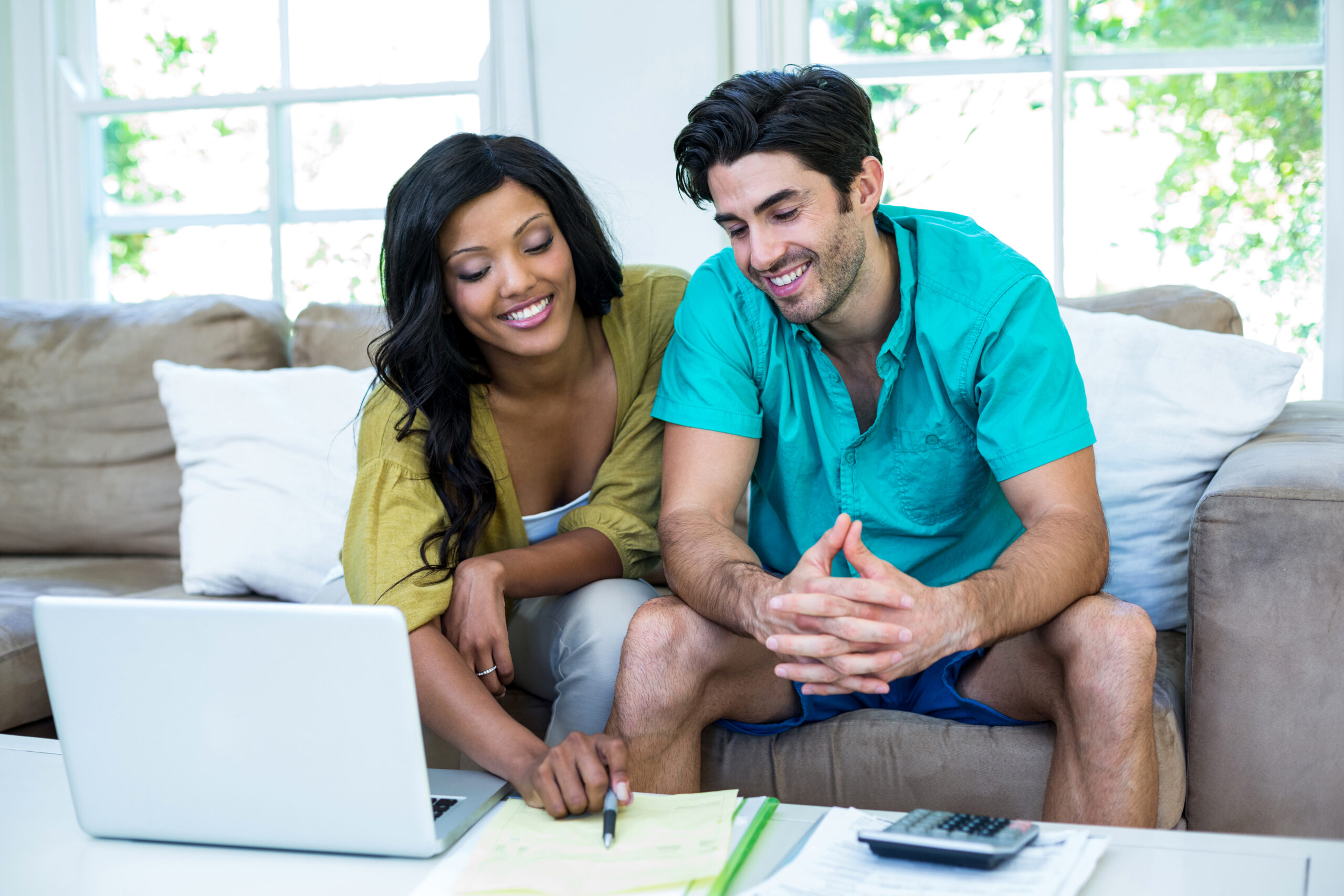 Have you ever wondered where the word “shame” comes from?

All the way back to its earliest traceable history, the root of shame means ‘to cover,’ because when you are ashamed, you want to hide, cover yourself from other people’s view.

These are the things shame can make you feel.

Friends, my story is about shame and money, and how God can overcome the shame and move us forward.

In 2012, my young family and I moved to France, where I could earn my master’s degree and achieve the dream of living abroad. We lived in Paris, (you know, one of the most expensive cities in Europe), and to afford not only the tuition but rent in the shadow of the Eiffel Tower, we financed nearly every cent.

As we returned to the states, we knew we had some student loans to deal with here or there. Up until this moment in time, we were completely clueless as to how much we had borrowed.

We totaled them up, and in a scene that God could only have written for a made for TV movie, we realized that someone had signed for more than one hundred thousand dollars of loans… and we didn’t have an income!

I had two questions:

We had so much debt, and after our life abroad, we landed lesser jobs than before we began. The Voice said How could we be so stupid? Don’t you know? What an idiot…

I bet you or someone you know has had the waiter give you your card back and say “I’m sorry, your card has been declined.” Maybe you’ve had a check bounce, or maybe collectors haunt the phone lines at your work. Perhaps like us, your marriage became brittle because of such unavoidable money stress. I know the stress is rampant because eight out of ten families living on your street live paycheck to paycheck and a recent Fidelity Investments study said that nearly half of women were too intimidated to talk to an investment professional about money.

I get that. Our money mistakes had colossal consequences. But I told no one. Our debt felt like our personal scarlet letter.

People thought we were these super Californian-Esque cosmopolitans because we packed our lunches and we rode our bikes to work and we only had one small car and we used cloth diapers and we didn’t eat meat. We seemed like mega hipsters.

Our kids would pay the consequences

While I was fine that my dreams were put on pause, I was confronted with the realization that my kids would not be going to piano lessons or doing sports or dance like all the other kids – because we could not afford it. Vacations, beach trips, magical stays at Disney? Yeah, right. Tickets to the movies, (remember those?) driving an hour to a state park, or going to the local water park, even those were out of bounds.

Which thrift store is actually the cheapest?

If I buy my three-year-old a 5-year-old’s shirt, it will last me at least 3 years.

How many more times can I glue this pair of shoes together?

I remember vividly having only 7 dollars a few days before payday. We needed groceries, and we needed to do coin laundry (remember those cloth diapers?) Because of our $1300 a month minimums, I could not do both.

And the voice said Your stupidity has put you here. You earned this, and your mistakes will hold back your children…  What I saw as parental shortcomings fueled my shame. I berated myself mentally: What kind of parent chooses themself over their kid? Thanks to our money mistakes, I could only provide thrift store clothes, last year’s backpacks, and summer camp that looked a lot like Grandma and Grampa’s back yard.

But we were determined.

But my husband and I were determined to do every last thing we could to free our family and teach our children differently. For instance, my husband and I worked extra jobs. He pulled over time. I tutored. He worked at Starbucks, I drove Uber. I taught English from 4-6 in the morning, then I would get the kids ready for school, go to work from 8:30 – 5:00, and then I would babysit or dog sit in the evening. (Here is an ever-growing list of side hustles you may find helpful for your own debt-free journey.)

Moreover, I practically made a second career out of figuring out the fastest routes to the cheapest stores where I could get the most in groceries for the least amount of money. Thirty cents a meal was a win for our family.

But still, my shame remained. We paid off tens of thousands of dollars with three kids on a state worker’s and a cop’s salary and the voice of shame was the loudest in my ear, crippling me, making me want to stay hidden, and silencing my testimony of What Good God has Done.

While working relentlessly to pay the Pied Piper, we were also determined that our kids would not make the same mistakes we did, and no one in my community would either if I could help it.

Vulnerability despite shame will lift others

This week, I had half a dozen conversations with different people at different stages of life. Friends of ours attended a class I helped put on, and they learned to save money. He said they have $8,000 in the bank as their emergency fund thanks to that class. Another friend shared that she was able to stay home with her small children after learning how to plan well with intentionality to be able to live on her husband’s modest salary after she dug into some resources I shared on Facebook a few years back. And I ran into someone I recognized vaguely this weekend – she told me she was one of my previous Financial Peace students, and she has gone on to start coordinating those same classes at her church.

In other words, my vulnerability despite my shame lifted others. Passion for others going through the same struggles won out over the desire to cover my shame and risk not helping.

Where would this passion come from if not the pain of shame?

Would I have been passionate about helping people in the area of their lives if I too had not gone through it? I don’t think so. The number of people that I have been able to serve humbles me. It muffles the sound of the voice of shame a little bit more with every story.

I decided to fully step into this undesired calling by sharing my story in a speech to a professional development group. That was the first time I confessed our mistakes out loud to strangers: we borrowed 154 thousand dollars! Yet no one stood up and laughed, or pointed, or smirked. What a relief! In fact, there were tears.

The voice of shame was still present, but quieter still.

I still wanted to hide until I heard a quote that changed my mindset.

It changed my life, really.

If you can’t think of how to get beyond that voice who is keeping score and reminds you that you are still always losing, remember this:

It is not the critic who counts. It is not the man who points out where the strong man stumbles or where the doer of deeds could have done them better. The credit belongs to the man who is actually in the arena, whose face is marred by dust and sweat and blood, who strives valiantly, who errs, who comes short again and again, because there is no effort without error and shortcoming but who does actually strive to do the deeds, who knows the great enthusiasms, the great devotions; who spends himself in a worthy cause; who at the best knows, in the end, the triumph of high achievement, and who at the worst, if he fails, at least fails while daring greatly. So that his place shall never be with those cold and timid souls who know neither victory nor defeat.

Teddy Roosevelt wrote that over one hundred years ago. How true it is today!

Dr. Brene Brown, the expert on vulnerability, shame, and courage says that the key to staying afloat in a sea of critics who would shame you for whatever you’re trying to do is don’t listen to them. If they are not in the arena with me, too, I am not interested in what they have to say.

Your vulnerability will lift others

You are so much more than your bank account.

So much more than your credit card bill.

Pastor Christine Caine says the Devil wants to shame you in the area God wants to use you the most. Wow. God has called me to financial ministry. How glad I am that he helped me overcome shame so he can use me to free others!

You can throw off the shame of money too.

Here are some things that worked for me.

Ladies, my story is about shame, and money, and daring greatly.  Your money mistakes don’t have to end in paralyzing shame. Take action and above all remember, it is not the critic who counts. If they’re not in the arena don’t listen to them another second! So throw off your shame, and be in the arena!

Processing…
Success! You're on the list and financial goodness is on its way.
Whoops! There was an error and we couldn't process your subscription. Please reload the page and try again.